Well this year’s Red Bull Fox Hunt was certainly one of mixed reactions from all who attended.

For those of you who don’t know, the Fox hunt is in it’s third year with the first two being held on the Pentland hills just outside Edinburgh. This year Melmerby Scar was the fortuitous site near Penrith. The two day event ended in 264 women racing down the Scar, whilst current world champion Rachel Atherton tries to hunt them down. A formidable sight you’ll agree. My third successive year resulting in my second top ten finish! The first year was small with only 100 riders, but a heart felt battle commenced resulting in a 9th position. 2015 and the rider lever jumped up a step! It saw more entrants with 126 stronger riders. A combination of having the flu and being run down resulted in seeding 46th. Down not out, I passed 15 riders coming in 31st. And then there was 2016. And what a race it was, with a week of rain prior to the seeding day, getting up the hill was a slog. 6 inches of mud and a 300 meter climb the Jeep up lift was made useless. Time to hike a bike…. This years race was made all the harder as it doubled in size with some amazing riders from all over this island.  so with the event getting bigger I had no idea where I would stand in the pack.

Registration opened Friday evening, the campsite was adorned with the red bull triple peak tent, was crackling and the feeling for the weekend was mounting. The inside of the tent was dressed with lights and all that was left was to sign up for my latest challenge. So I signed all the dangerous sport wavers, check, signing my life away, check, collected my race number 5, check (the lowest I think I have ever had).

So these races amount in your friend list increasing indefinitely. I was adopted in the first years race by a bubbly helpful Marshall who feed me banana bread and jelly babies, and found a friend for life. Whoever said that the way to a man’s heart was through his stomach, is apparently true for mountain biking women as well! So this year, my marshall friend and I opted for a rather nice apartment instead of camping (I do enjoy a proper bed and powerful shower in-between bike days). 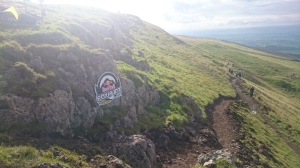 Saturday and it was down to the grind starting with the normal safety briefing and a few words from Rachel. Eager to start practice I was first at the up lift, bike loaded on the  trailer. Ready to rock. Today wasn’t going to be so easy, or at least not as we all hoped. 6 days of rain resulted in the 8 wheel drive Ago-Cats struggling to climb the farmers now mud ridden track, and after being taken to the top, waiting 45 minutes to find out my bike wasn’t coming. Time to slog it back down the hill and go get my bike. So half way back down the hill I find my “awesome amazing boyfriend” (his words :)pushing my bike up to me. You may think that’s not fair, and you would be right, except once at the top he turned and headed back down the hill to pick up another entrants bike. If he did this once that day he did it 20times. Spreading the fairness around? I managed two practice runs. The course was running smoothly and I was feeling comfortable. I have to give a my respect to the guys who designed the course, It was prefect for getting large numbers of people down and difficult enough for the good riders to really excel, whilst still being rideable by people at all levels.

At the top of the Scar, was a smooth lead in to an “A” line and a “B” line. The “A” line was daunting to most and to some it was the bane of their race. To others it was one of the finest drop ins to a race day qualifier you could ask for. Rocky beginnings, pedal striking walls all feed in to a fast sheep trail, beginning to the tasking track. Even the farmer said his sheep thought twice about taking that option. At this point all nerves were overcome and I was ready to hit this son of a b#tch full steam ahead. The narrow sheep rut opened up into wide roller of a decent to my right tailing off to a slight off camber but wide trail, something hard had to be on the cards! I was right, the “A” line was something I’m sure I could enjoy but the fast line was the “B” line. This rolled in to a long off camber section which proved difficult to many riders. Committing to leaning the bike as far over as possible to keep grip on the tires proved tricky. Survival of that section was definitely for the fittest. The rest of the trail was more my kind of thing. Right hand banked high berm and just at the point your legs are done they put in a bloody pump track section. Five arsh busting humps in the road, the fourth sending your front wheel to the sky and landing on the down side. Some riders were not so lucky here, and I hope they are now OK (thanks, as always, to the medics). The final jump was so smooth you could really send it, but I also saw many girls just roll it, which allowed a lot of people to build their confidence up. After lunch I got my timed seeding run completed. Every rider gets one timed run, those with the fastest times will be at the front of the mass start grid on the Sunday. I had a clean seeding run with no crashes and got a superb time, only to find somewhere up the mountain I left my timing transponder behind. Don’t worry the timing guys were on the ball and caught my seeding time, 40seconds behind Rachel Atherton and placing me 10th on the grid :D.

When Sunday rolled around I had memories of the stress of racing on the front line from two years back, with the knowledge that there were 250 riders behind you all wanting past….and I immediately felt sick. It passed quickly and as soon as I got on the course to practice I was feeling confident again. The weather cleared up, and the track dried up. Most of the women got their bikes on the up lift, but as I was on the front row, I was the last to get the uplift. Again we were met with the issue of the mud causing the uplift to be delayed. At this point the uplift Road was so churned up it took two 8wheeled ago-cats to get the last of the riders and bikes up the hill. I had just enough time to down an energy gel before getting called forward on the grid. This is where the nerves kick in as I look at the girls to my right and left, and everything goes completely quiet. I honestly don’t remember much of the race it all went so quickly, what I do remember is the huge adrenaline rush when passing under the red bull arch and a quick head count shows I came 8th overall. At this point a staff member handed me a can of red bull which I downed, and mixed with the adrenaline possibly made me a bit hyper, so sorry to any one who spoke to me at this time. Unfortunately Rachel Atherton got a flat tire almost at the very start, meaning she didn’t get the optimum run she was hoping for and came 79th.79th on a flat, what a girl!

The final results can be downloaded here. 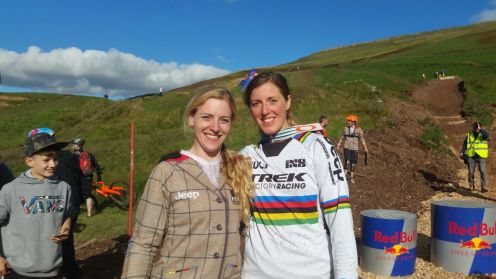 Overall their were a number of issues that need to be considered before next year,  however it was pulled off in the end. The race and problems aside what really makes this event so special, and the reason I keep coming back is the support and chat from the women competing. You can start up a conversation with anyone about anything. The atmosphere is always so supportive and energetic. Many women have never raced before, or are nervous of the mass start and they found comfort from the more experienced riders. I have made so many friends from previous, who I get to catch up with, and will be looking forward to seeing them again next year. 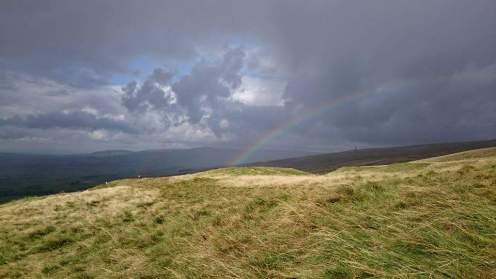