I can safely say that the PMBA UK National Enduro Championship was one of my most challenging races to date, and involved a lot of first’s for me. First time in the Lake District, first PMBA race, first Enduro World Series (EWS) Qualifier race, first 3 day event, first time dealing with timed transitions, and the first time riding in the Masters category. 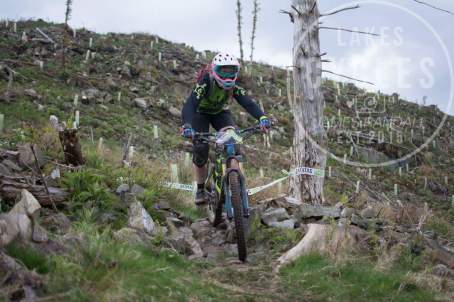 Held over three days, using trails from the publicly available Grizedale forest and the not public Graithwait estate, meant a huge variety of trails available. I have never ridden anything in the lake district so they were all brand new to me, and I wasn’t disappointed. The 500 riders were able to practice the Grizedale stages 3-8 on Friday, which worked out at 37km and 1334m of climbing, which felt like a long day. Saturday opened up stages 1,2,9 & 10, which was a much easier 11km and 540m of climbing. That gave plenty of time to recover for the main event on Sunday. Race day bought the longest race I have ever done. Although slightly less than advertised, at 42km and 1600m of climbing, it was still a massive challenge (2016 SES Glenlivit coming close with 40km and 1170m elevation).

Unfortunately a spectacular crash on stage 5 landed me suspended in the trees and resulted in me breaking my gear shifter beyond repair. After a bit of arguing with the bike, I got it in to one gear that meant I could finish the race on a single speed bike. As I was already half way through the course I wasn’t going to give in there. However this meant struggling up all the hills and then not having any power in the peddles for the descents.

I am quite happy to say that in the end I was able to keep to my transition timings perfectly, I was also able to manage my food intake and energy expenditure across the three days pretty well, avoiding a lot of the struggles that I thought I would have this weekend. 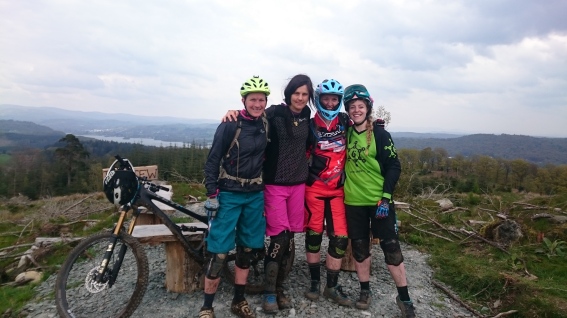 Another first for me at this event was racing in the Masters category. Although I’m only 29, you officially enter the Masters category on the year of your 30th birthday. Up until now there hadn’t been enough women in any of the events to bother separating the Masters from the Seniors, so I had been racing as a Senior. Originally there were 14 ladies entered in to the masters category, but only 9 of us actually survived the whole weekend, which goes to show how tough this course really was. A combination of exhaustion, crashes, broken bones and bikes meant that a lot of riders either swapped to the shorter non-champs category or were simply unable to race.  So at the end of the day I’m pretty damn proud to have just survived.

The event is certainly one I won’t be forgetting any time soon. It was in a beautiful location, with an amazing range of stages made even better by the brilliant weather. The event organisers kept everything running smoothly and spirits were high all weekend. There was a good turn out from the Scottish riders, but plenty of new people to get talking to, and a bank holiday Monday to recover made for the perfect racing weekend.