I have been racing in the UK for 4 years now, so it was nice to have some first times thrown in for this race. My first time riding in Italy, my first race abroad, and my first time seeing all the fuss at an Enduro World Series (EWS) event. This made for a slightly nervous but very excitable time.

I had tried to enter the full EWS round at the beginning of the year just for a laugh but with no EWS points (collected from qualifier rounds) I understandably didn’t get in, so I entered the challenger. Probably a good thing as having seen the full EWS course I think I might have been a bit out of my depth. The challenger is designed to give people a taste of what an EWS is. It’s supposed to use some of the same tracks but with easier transitions and no seeding or timed climbs. Despite this the course was still 54km long with 4 timed descent stages, and 1500m of climbing. 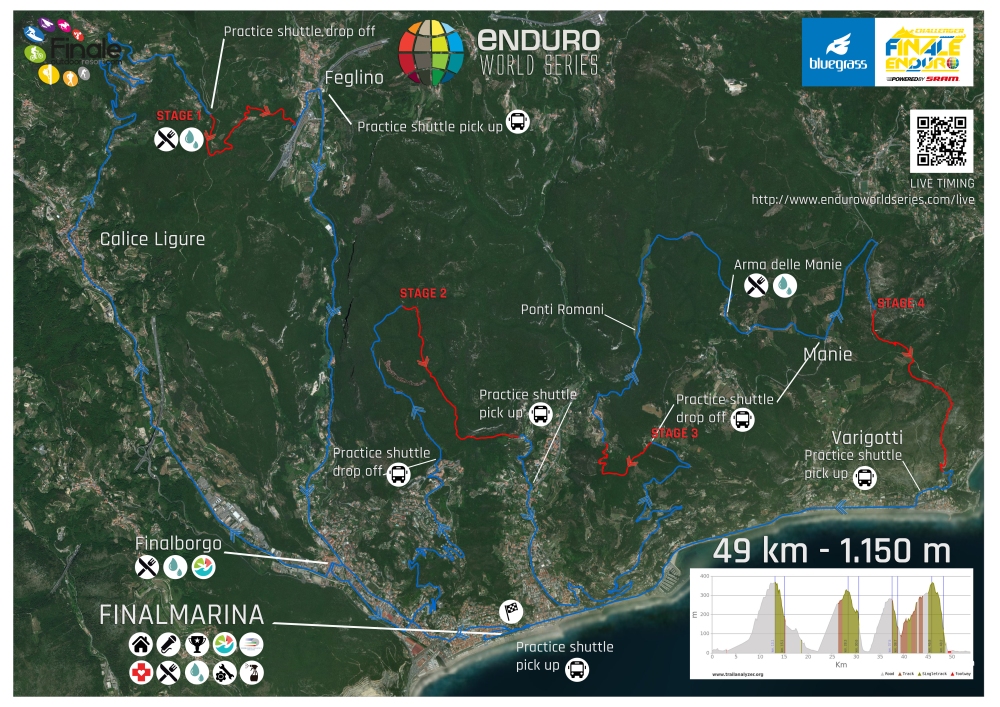 I had put quite a bit of time in to working on my fitness, and climbs recently, so even though I knew I would be ok with that distance, my biggest concern would be the heat. Having only ever raced in the UK handling a full day in the hills in 27degree heat would be the most difficult part for me. I survived by finding shade on all the climbs, necking all the water at every feed station, and just generally trying to ignore it.

It was always going to be a tough race, one of the longest I have ever done, in completely unknown surroundings, with people I didn’t know. What I was not expecting was how much fun I had. The stages were interesting and flowing, the views were amazing, and I meet so many incredible people from all around the world it was brilliant. Combined with the hype of EWS meant that we all started from a big stage in the town square, and there were local people lining the trails cheering you on, I don’t think I have ever had an adrenaline rush like it at an Enduro before. One thing to remember is that “die(*dai)” in Italian translates to “come on”…and not that the crowd actually want you to die. 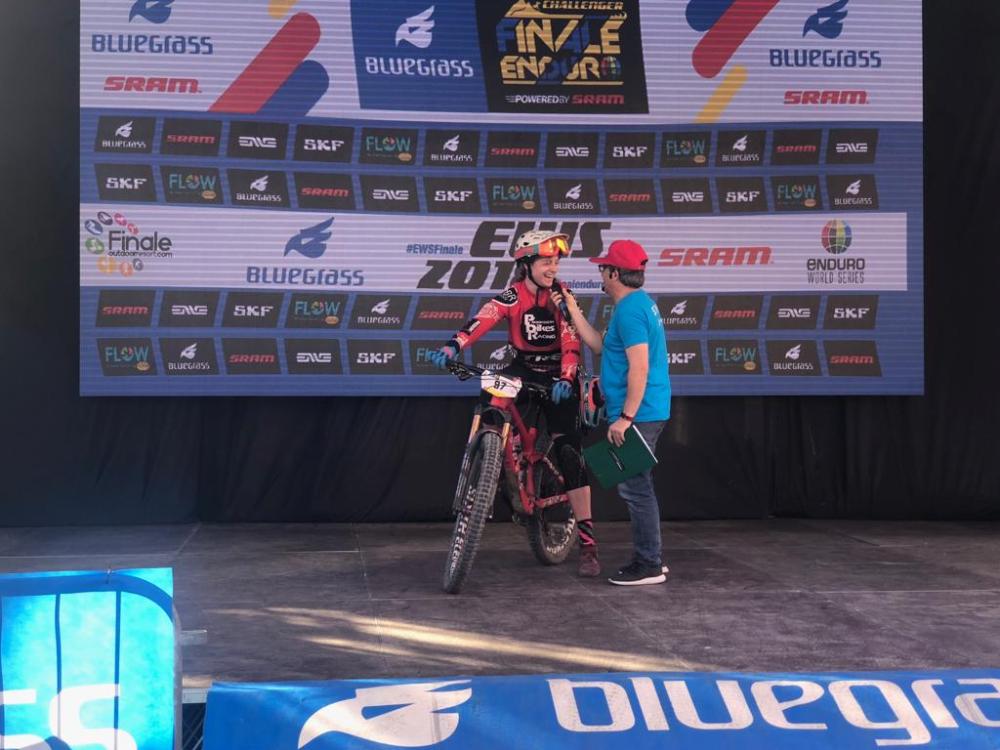 So down to what the stages entailed:

Stage 1 – Pino Bago – Although this trail started in the same valley as the full EWS’s stage 1 it was a very different beast. Starting with a fire road sprint, in to a long narrow flow trail. With the occasional roots section or rock garden to keep you on your toes. The trail builders had even created a new bit through some soft soil just so the locals didn’t have an advantage. There were also plenty of surprise climbs on this track, some long and pedally and some short punchy ones you could pump. The most important thing I learned about my practice runs in Finale is; you always want to be in one gear easier than you think, as climbs come out of nowhere. 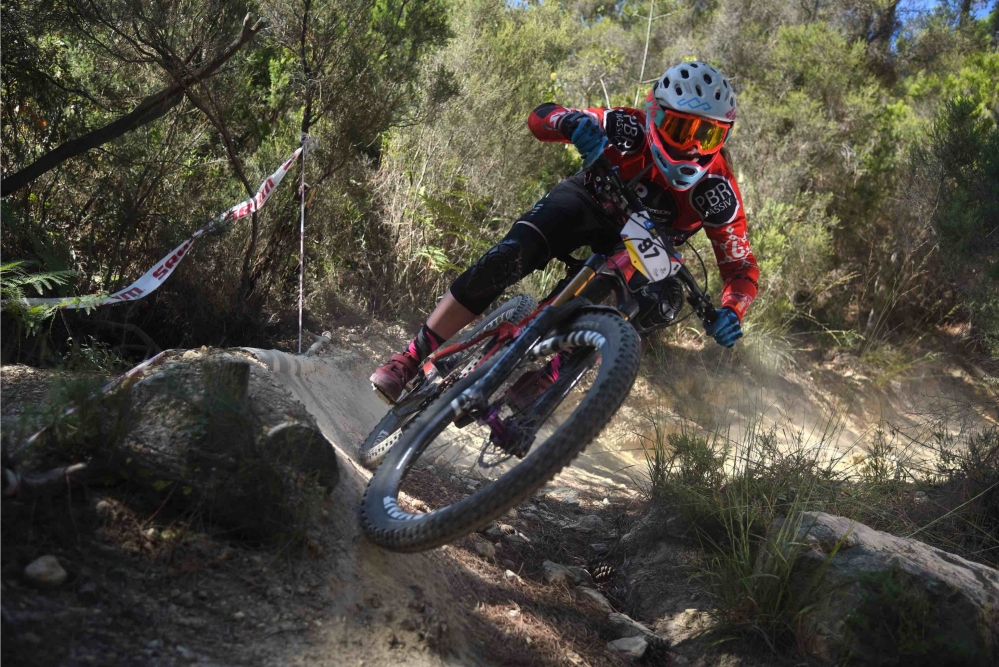 Stage 2 – Ruggetta – Awkward and pedally is the name for stage two. Right from the start line you needed to control your speed. Tight corners with lots of awkward placed rocks. This combined with the dry sandy soil resulted in me washing out in an early corner, and having to tackle the next rock chute only clipped in to one pedal. For the most part the fastest line was straight over the top, as going around the rocks risked knocking your mech, but there was often big gaps after the rocks so you needed to keep the front wheel from diving. A constant pedal speed was needed as the trail followed a very green mossy valley floor. I was told if I had actually stopped and looked there were amazing caves all the way along, unfortunately I was more preoccupied with the trail in front of me.

Stage 3 – Briga Destra Right – By far the shortest of the trails on this course, and probably not worth the very long climb to get to it. It was pretty straightforward, much wider than the previous two stages, which provided a lot more line choice. By this point I had worked out that looking for rocks gave more grip than the lose gravel in between, so I spent a lot of time high up railing the sides of the track. There was only one major feature on this stage, a big off camber rock slab, weathered by the elements to make it rough, but once you cleared that you were clear sailing. 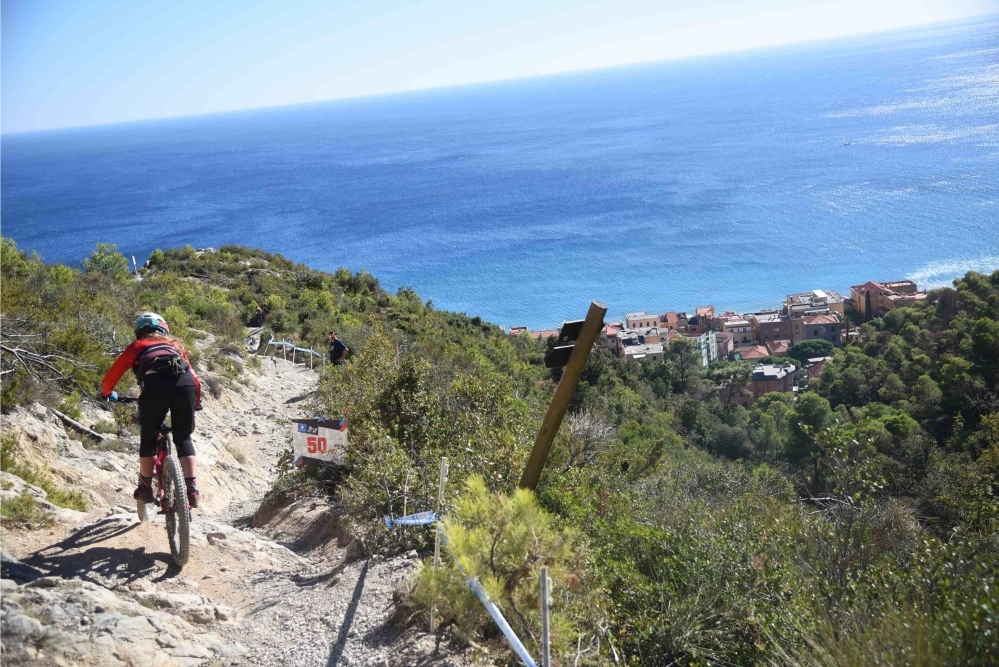 Stage 4 – DH Men – This was the only stage which was identical to stage 4 used by the main EWS race, and was undoubtedly my favourite (probably because it was more of a downhill track). It started from a high peak above Varigotti Just down the coast from Finale. The first half the the track was just a flat out sprint along the single track as it weaved through the rosemary shrubs. I knew most people would be knackered by this point and I still had energy in the tank, so I put everything I had in to this section, trusting that I had the skills to navigate the steep rocks lower down even when tired. As the trail picked up the gradient it started to become more like a downhill track, with drops, hip and table jumps scattered along it. Then the last section really tested riders courage (and their break pads). A relentlessly long gnarly rock garden (with smaller lose rocks filling the gaps), in to steep switchbacks. The cost of messing this up was high, if you crashed the rocks were sharp and it wouldn’t be easy to get your feet back on the pedals. The many times I have raced the Fort William downhill track had trained me well for this, as I felt strong and confident tackling this even when I was tired. 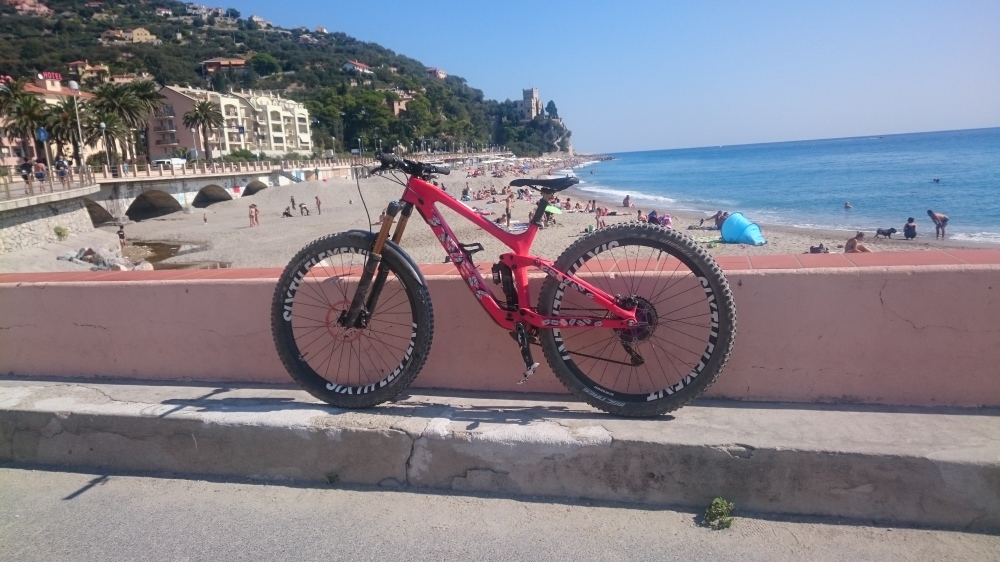 A straight road spin along the coastline road back to Finale took everyone back to the finish line. I knew I had a good day on the trails, even with a couple of mistakes I made I had felt fast, even with that I was against women I didn’t know from all over the world, so I was over the moon to find out I had come second place. Podiums always feel great but to see your name lit up on a big screen in the centre of the the town square is something else, a high I won’t come down from in a while. 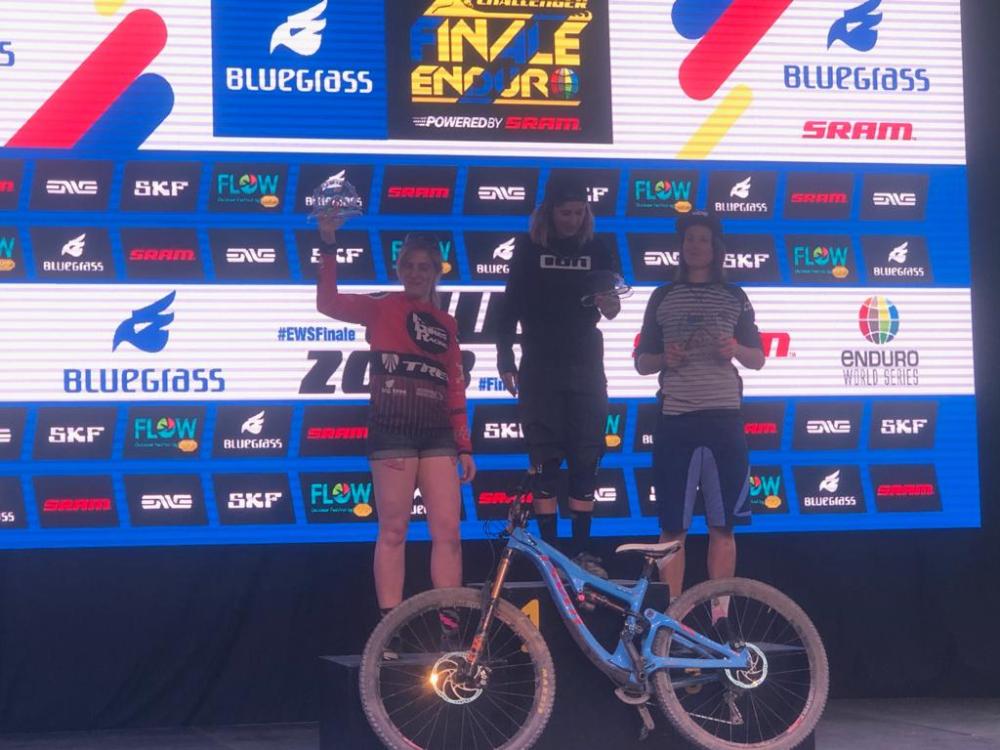